Browser Cookies
This site uses cookies necessary to properly function. By closing this popup, clicking a link or continuing to browse otherwise, you agree to the use of cookies. View our policies.

Need Help?
Check our HELP page for guides on how to use this website.

See below for more information about the amazing clinicians attending this year's Congress!

Ali Stoffels is the founder of Rec Gym Pros https://recgympros.com/ and the Rec Director at Milton Springers. Holding degrees from Lakehead University in Education and Outdoor Recreation (Leadership focus), Ali is passionate about rec coach development, the power of play and she has spent the better part of her coaching career filling her back pocket with games and kid-approved activities.  Most of all, she loves bringing together people who are passionate about the work they do and want to make a difference. 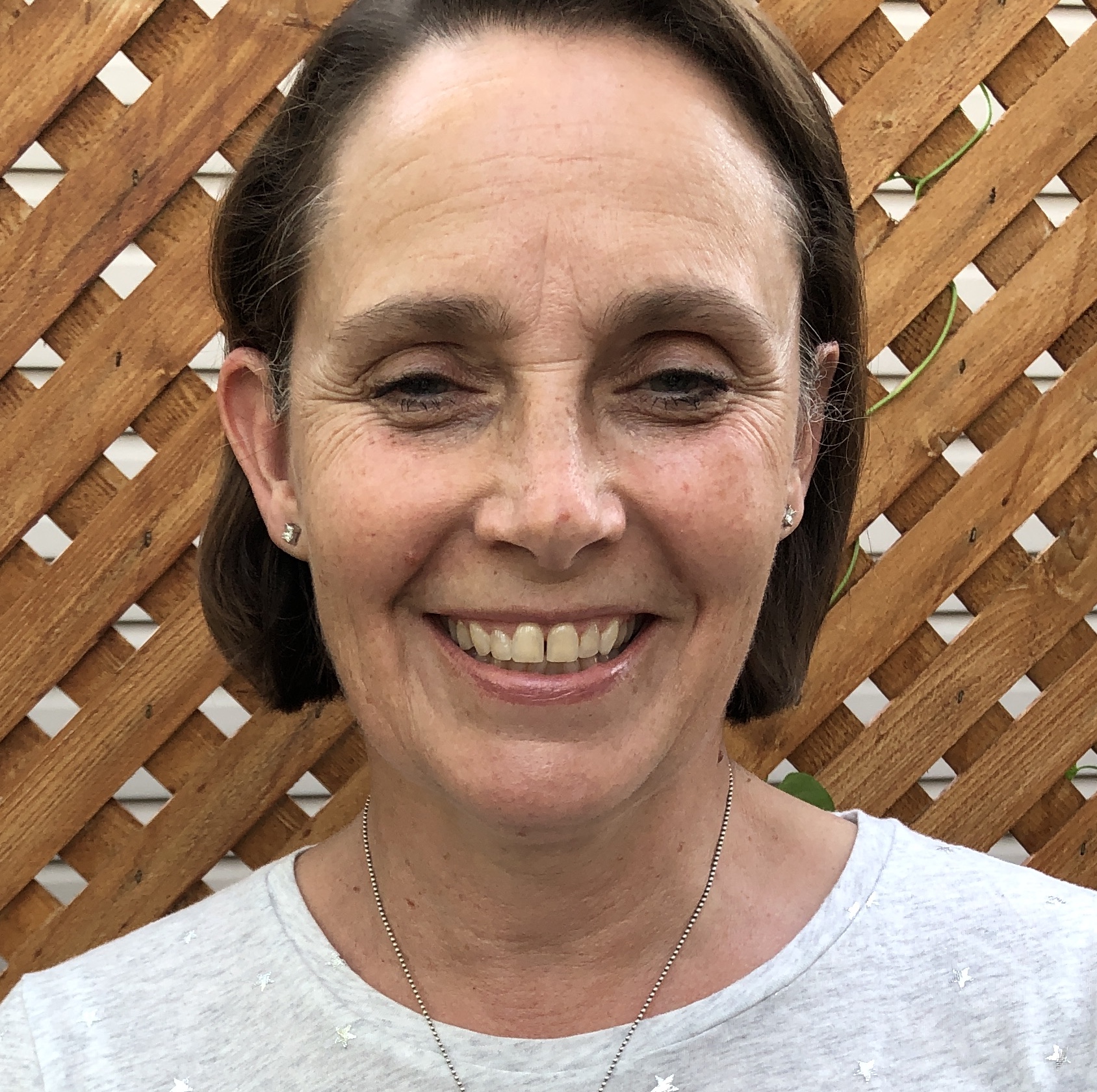 Beth Oribine began her gymnastics coaching journey in 1978.  She is a graduate of York University with a degree in Physical Education and Advanced Coaching Certificate.  In 2008 she became a Gymnastics Foundations Learning Facilitator for Active Start, Artistic and Rhythmic and has taught over 1000 aspiring Gymnastics coaches.  She is devoted to the development of Ontario’s young coaches as a Master Coach Evaluator.

Since 2001 Betsy McNally Laouar has been a coach in the fitness and gymnastics world. She is former level 10 gymnast, a wife and mom, personal trainer, sports nutritionist, gymnastics coach, professional fitness competitor, former English teacher and best-selling author of two gymnastics related books, Gymnachef and Binges and Balance Beams.

A graduate of Michigan State University, a certified trainer through NSCA and sports nutritionist through Chicago State University, she specializes in working with gymnasts to achieve balance, healthy body image, functional strength and fitness and good nutritional habits.

She also works with regular moms, athletes and families in her online bootcamps, live training seminars and training programs. She has worked with professional/elite athletes, Olympians, national, state and regional champions. She currently travels the country doing her Betsy Bootcamps and is available for in person, live or streaming webinars, nutritional and fitness programs.

To learn more about Betsy and the programs she offers, visit her website at https://www.betsymcnally.com/ 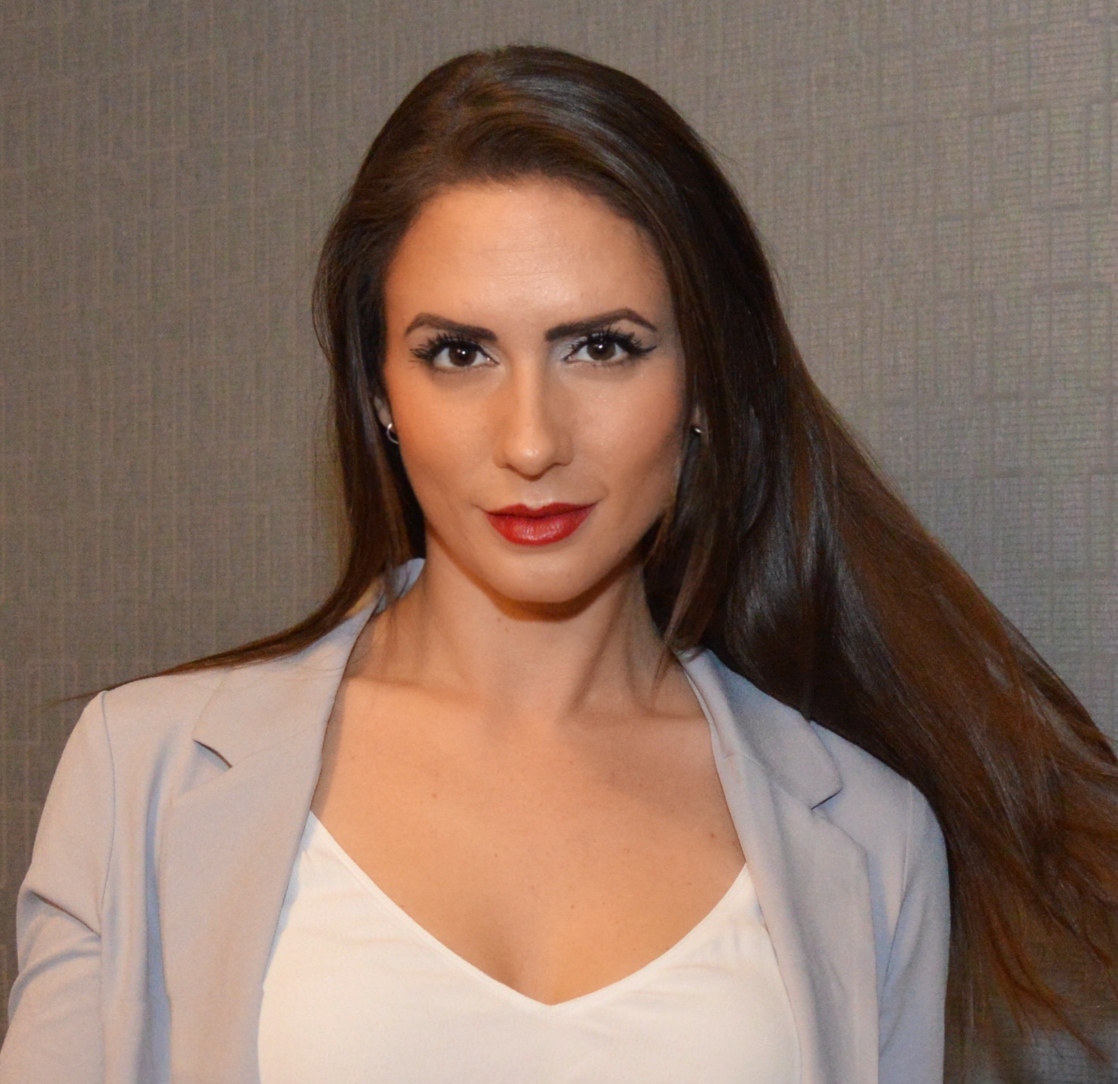 Danielle is the Education Program Manager at Gymnastics Ontario. She has been working closely alongside Gymnastics Canada to help roll out and deliver the updated NCCP training/certification program across Ontario.

Danielle was a nationally ranked gymnast, as well as a 3x World Cheerleading Champion with Team Canada Coed.

She has spent the past 9 years coaching competitive cheerleading and clinics. In turn, Danielle has developed a passion for coach education, development and quality programing.

Kathy has been a Competitive coach for 31 years starting her career at Guelph Saultos while attending University of Guelph. She has coached at various clubs around Toronto and the GTA and spent a short time with Alta in Halifax, Nova Scotia.

Currently, Kathy is a competitive coach at Burlington Gymnastics Club where she has coached competitive levels 6-9 since 2001. She also acts as the Club’s New Parent Liaison. Kathy has been a highly successful Team Ontario coach and team manager at several competitions.

She is a member of the Gymnastics Ontario Women’s Technical Committee where she has held a position for 4 years. As a member of Women’s Tech Kathy has been responsible for the operation of multiple training camps throughout the province. These camps have helped young coaches and athletes prepare and succeed at various high-performance events throughout North America. 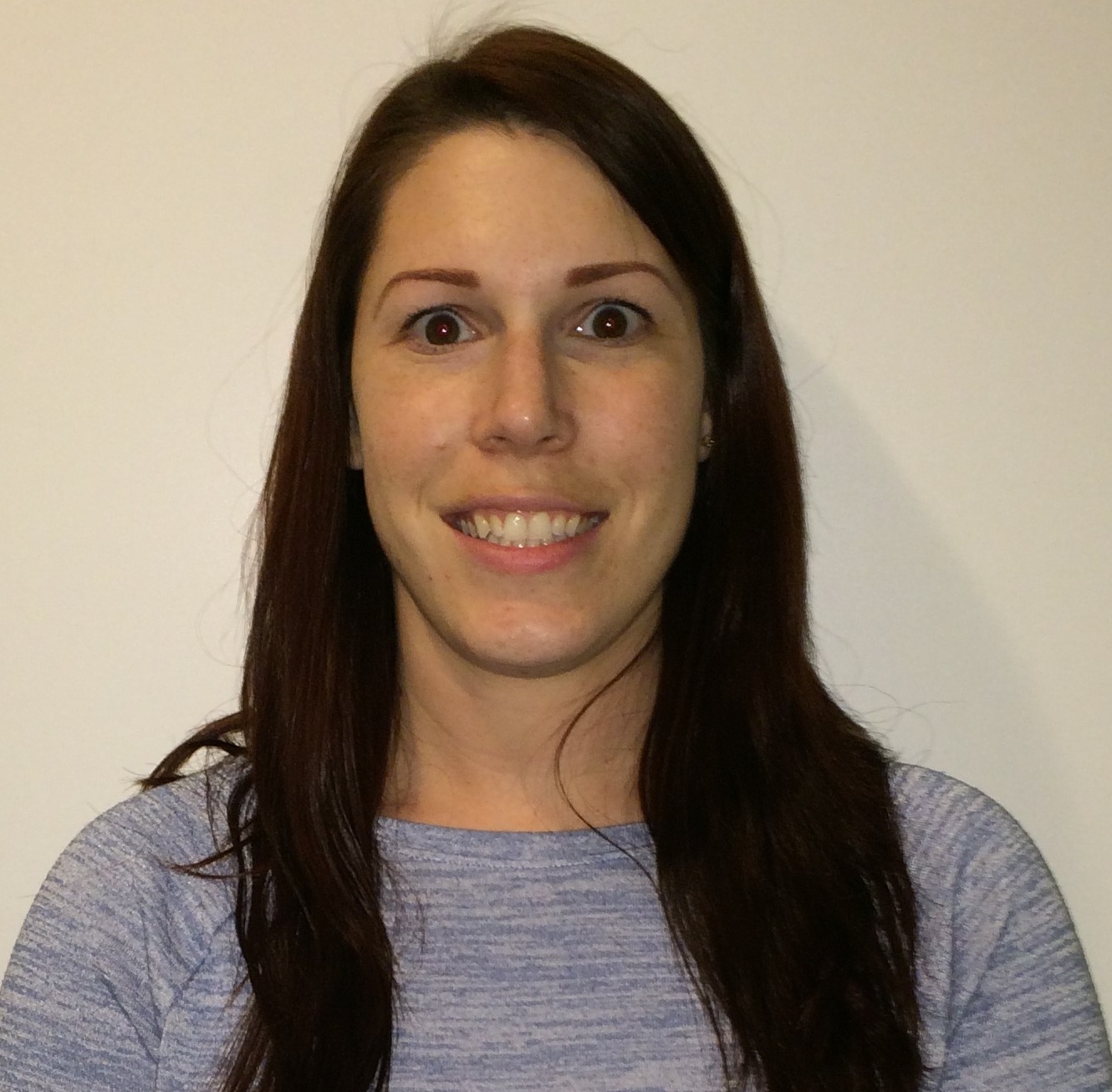 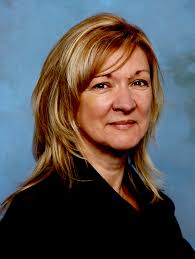 I have been judging for 33 years and have recently become a Category 2 Brevet.  Having judged throughout North America and Europe I hope to bring a big picture vision to the Congress.  In addition to judging I have facilitated many conferences on leadership and business development.  I sit on WTC, Women's Judging Subcommittee and the Gymnastics For All Committee.  In addition I am the owner of three athletic centres with gymnastics, ninja, dance cheer, martial arts and more.

I will be covering a variety of subjects for judges in Ontario. 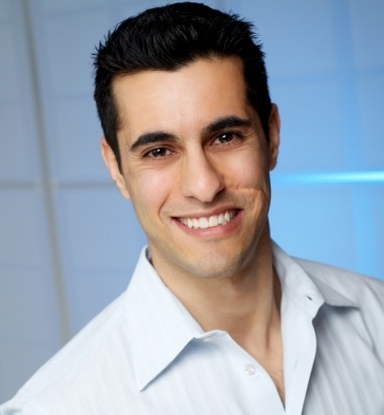 Dr. Mahmoud Zaerian is a practicing chiropractor in the city of Toronto and the IST lead (head therapist) for the Men’s Canadian Gymnastics team and IST (therapist) for the Women’s Canadian Gymnastics team. He has been working in sport performance for close to 20 years working with many NCAA level athletes as well as our women’s Olympic hockey team and as rostered therapist with Athletics Canada.  He has spent the last few years introducing specific methods and approaches to support gymnasts, coaches and other physiotherapists in the development of performance and mitigation of injuries in gymnastics. He has also created The Gymnastics Manual that contains many of the approaches and methods that he has created and introduced. 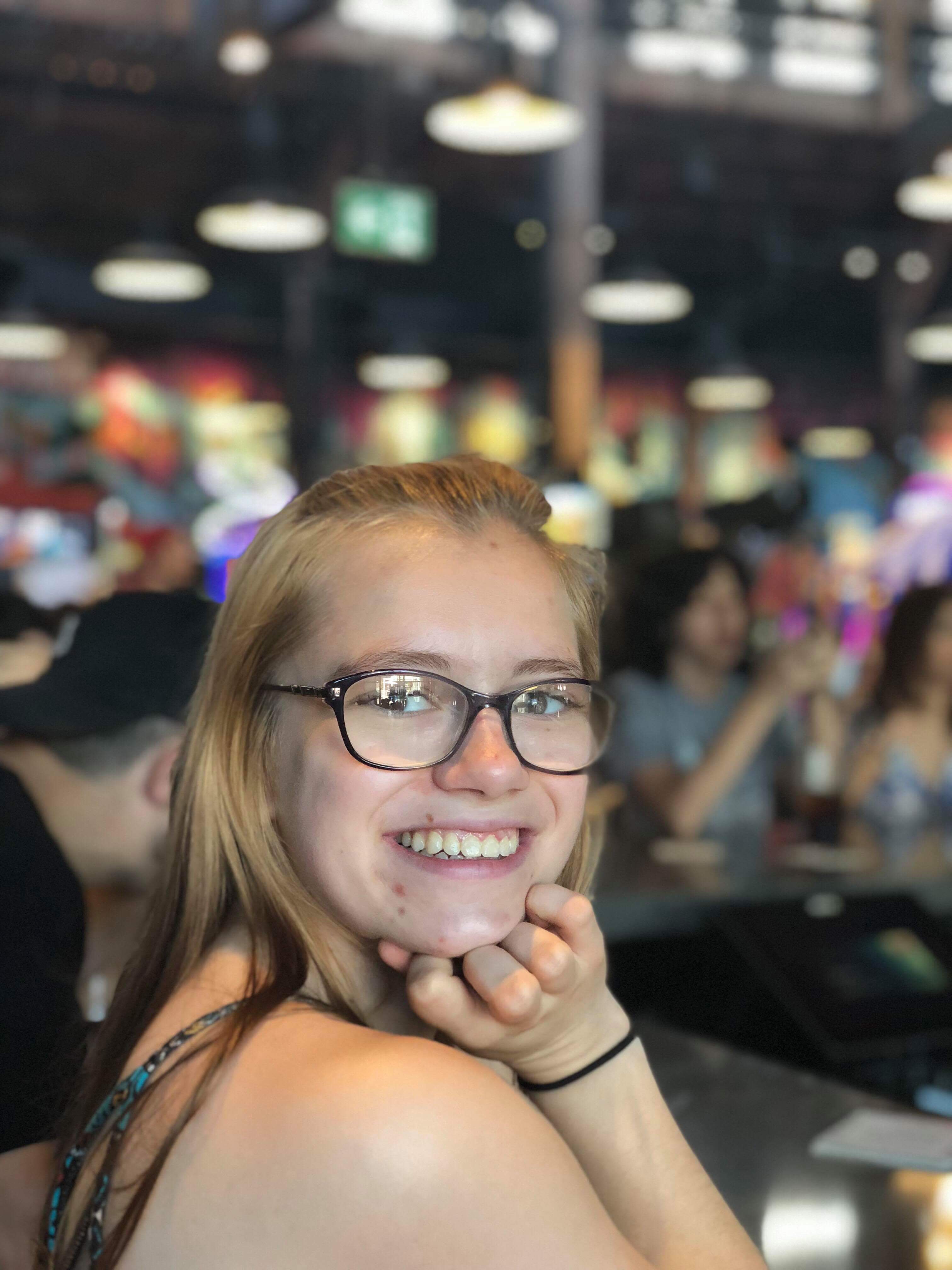 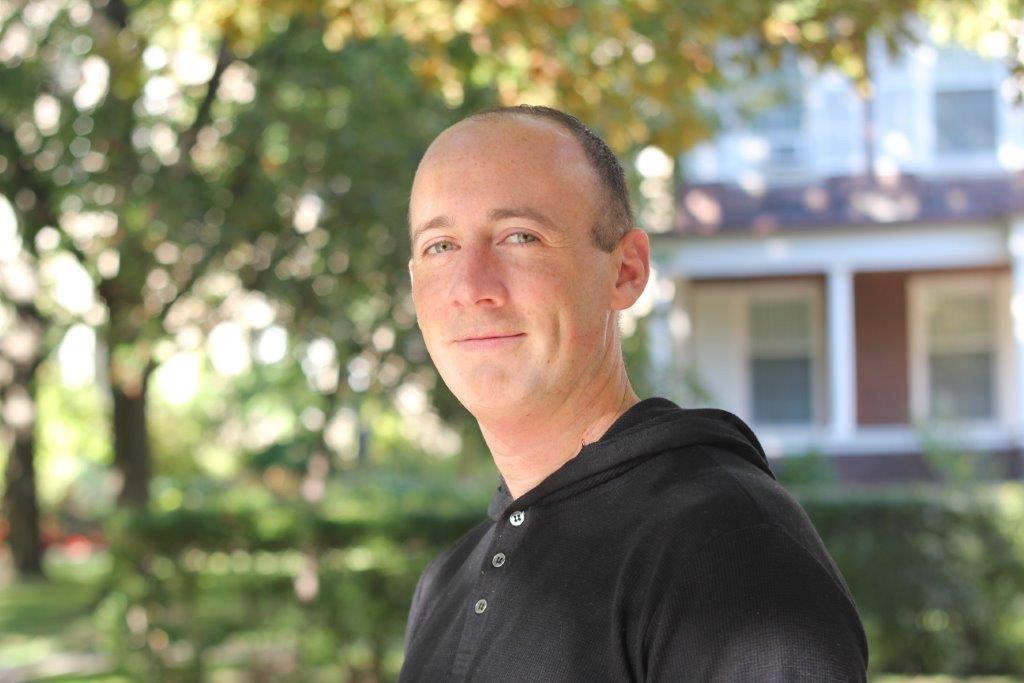 Matt is a registered social worker, specializing in mental health. He completed his Master of Social Work degree in 2013.

Matt is a level 3 certified trampoline coach, and a nationally certified judge. He has coached at several trampoline and tumbling clubs including Skyriders, Airborne Mississauga, Osborne Academy of Acrobatics, Quinte Bay Gymnastics, and CISAG in Lyon, France.

Along with trampoline, Matt has trained extensively in ballet and contemporary dance. 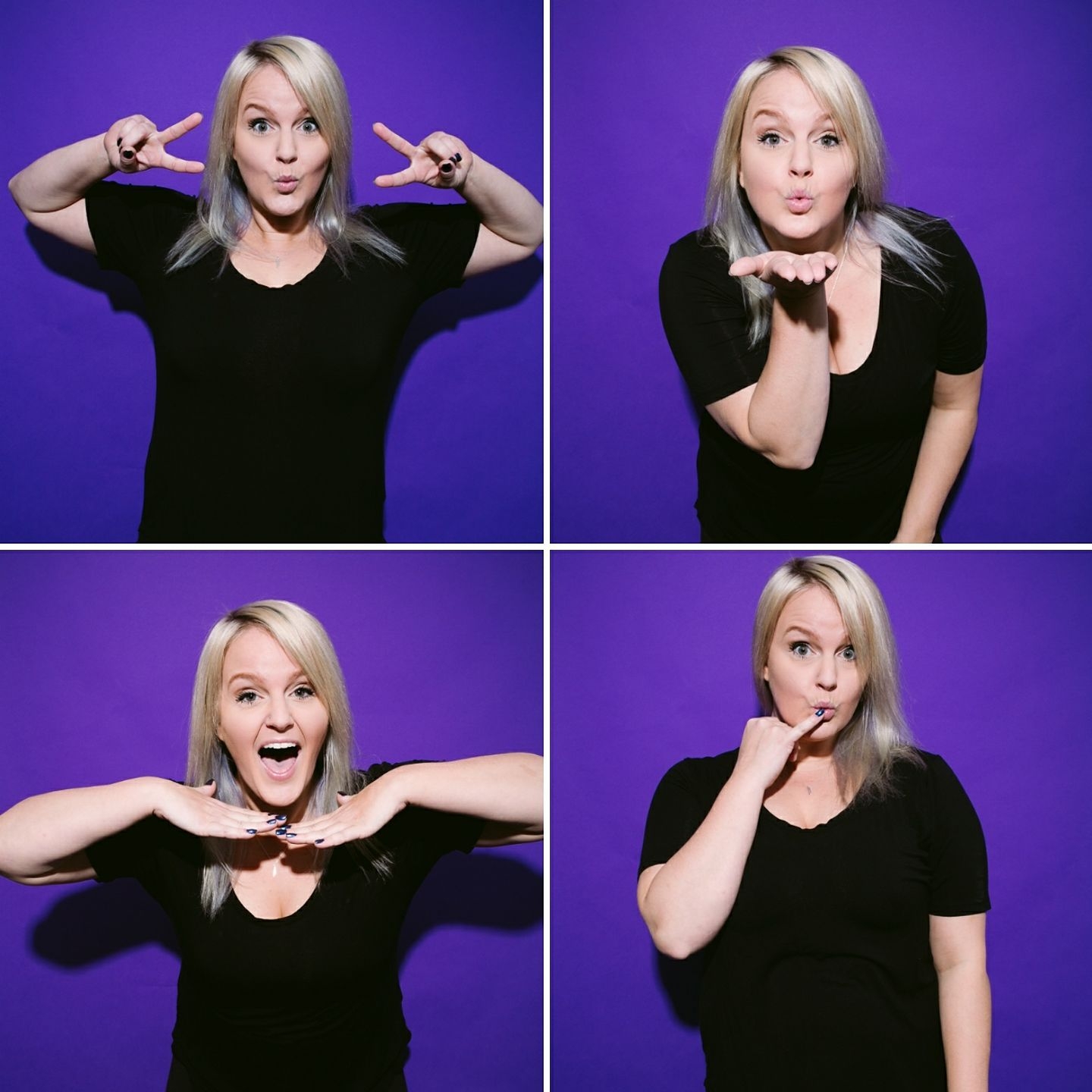 Merritt Lymburner started her company Strongnastics to fill a gap where gymnastics meets Adult Fitness. In doing so, she and her sister/business partner have created a massive community of adults who want to get more “gymnasty” one day at a time.

Merritt is a level 3 coach and a level 10 judge, and currently is Program Director at Forest City Gymnastics in London, Ontario. She also has coaching certifications in CrossFit, Olympic weightlifting, and more.  Her sister, and co-presenter Jenn Lymburner is a celebrated athlete herself, with a background as a National level gymnast, a team Canada Power tumbler, and a scholarship cheerleader where she obtained a degree while cheering in Hawaii. Jenn is also a leader in the calisthenics world and is sponsored by supplement company RivalUs, as her success competing at a high level in CrossFit and Olympic weightlifting made her the ideal person to help be the face of their brand.

Merritt and Jenn want to help everyone who attends their workshops and seminars to gain a more in depth understanding of how adults learn, to identify the risks involved, and how to help their own gym-clubs expand their programming safely and effectively.

Michelle Pothier is a WAG L3 coach, Foundations Learning Facilitator and WAG HP judge. She is the co-owner and the head coach of Gymfinity Gymnastics in Midland. 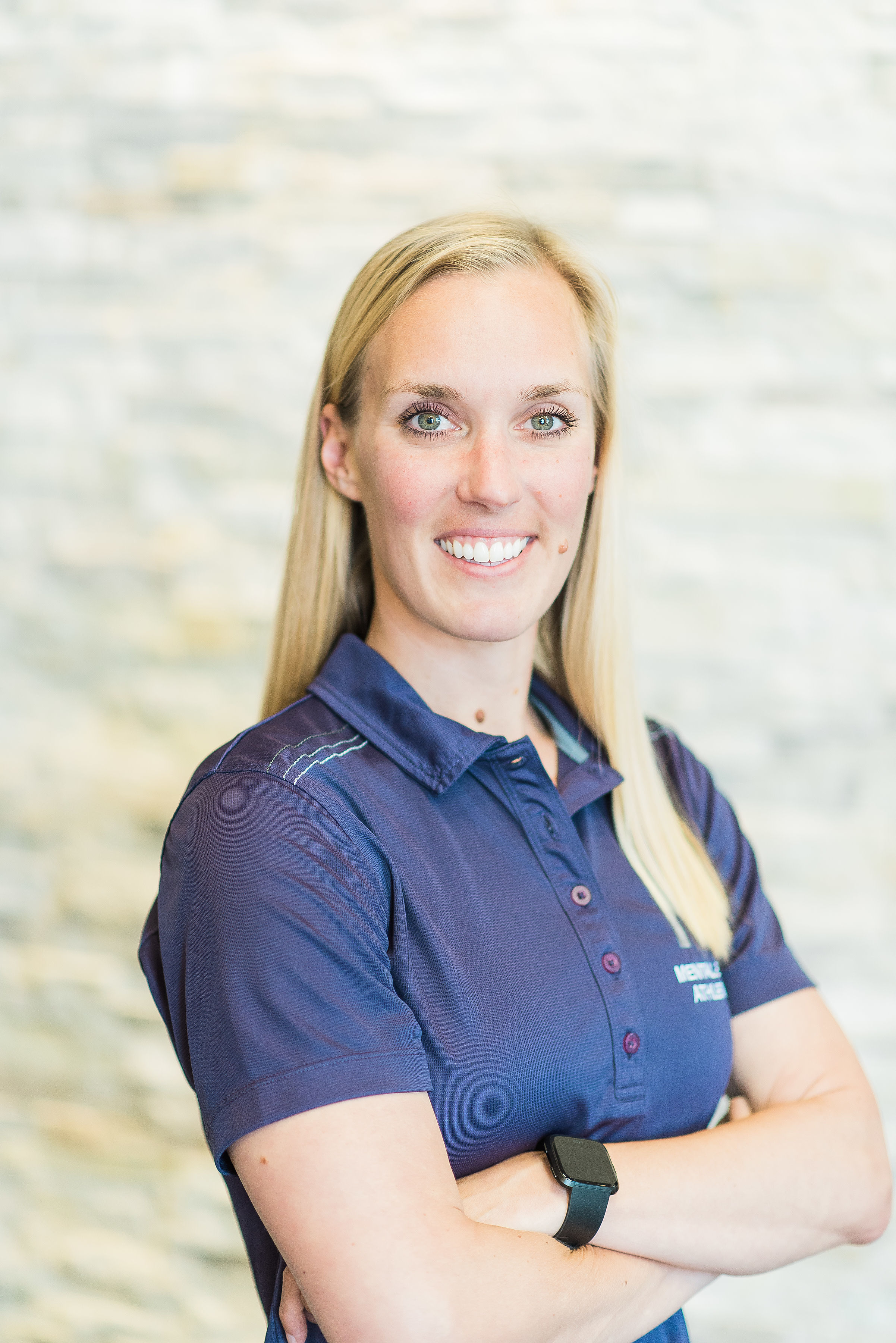 Sarah is a Mental Performance Coach for Sport with a Masters degree in Human Kinetics specializing in sport psychology from the University of Ottawa. She currently works with a number of National team members in artistic, rhythmic and trampoline & tumbling, as well as various gymnastics clubs around the province.

As a Mental Performance Coach, she provides athletes with the training of mental and psychological skills to ensure that they are able to use their physical capabilities to their maximum potential. Sarah uses a combination of academic knowledge and personal experiences as an elite athlete to guide athletes through mental skills training using sport psychology techniques and strategies which facilitate the enhancement of sport performance.

When an athlete develops the mental strength to compliment the extensive and intense physical demands of sport, higher levels of performance become consistent and regular, increasing the probability of desirable competitive outcomes.

The main purpose of mental skills training is to help athletes develop an overall competitive edge and perform at their peak potential.

In addition to having competed at the provincial, national and international levels in gymnastics, power tumbling and cheerleading, Sarah also has 14 years of experience coaching gymnastics and tumbling and is a certified personal trainer. Sarah’s diverse experience in all facets of sport gives her a comprehensive understanding of all of the demands placed on an athlete. This enables her to fully relate to an athlete’s needs, and enhances her ability to use a holistic approach to guide athletes towards optimal performance.

Sarah currently continues to fuel her passion for training and competing through the sport of Open Water Marathon Swimming, as well as competitive masters swimming. 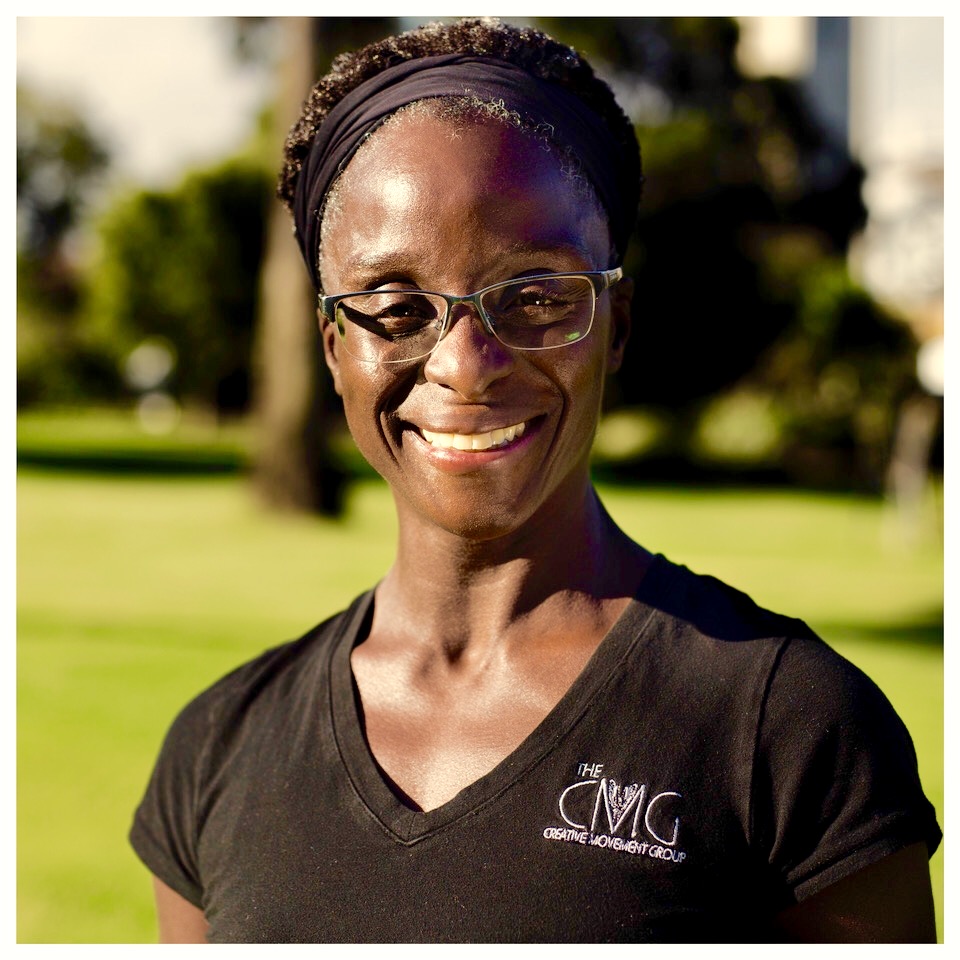 Stacey Umeh is one of the World’s leading elite Women’s Artistic gymnastics coaches and movement specialists, having provided gymnastics, artistic and choreographic services to hundreds of individuals worldwide including the Australian, Chinese and Singaporean Women’s Artistic Gymnastics Teams.

She has also acted as a creative movement consultant to many other champions from sports such as Rhythmic Gymnastics, Men’s Gymnastics, Synchronized Swimming, Rugby Union, Netball, Diving, Pole Fitness, Dance and Figure Skating.

No stranger to an audience, Stacey uses her coaching, management, dancing and theatrical skills as a highly sought-after lecturer and professional speaker. She has been the key note lecturer at many club, State & National congresses and conventions, Master of Ceremonies at major functions and has acted as a Level 1, 2 & 3 Expert Presenter in Artistic Preparation for the Fédération Internationale de Gymnastique Coach Academy courses.

Stacey (or Anastasia as she is known to some), is a native of Mississauga, Canada and holds a Bachelor of Arts in Kinesiology and Health Sciences and an Advanced Certificate in Sports Coaching from the York University in Toronto. Her tertiary studies included a Minor in Dance and Independent Studies in Sports Choreography.  Stacey also holds a Certificate IV in Small Business Management.

To learn more about the programs and services Stacey offers, visit her website at http://www.the-cmg.com/ 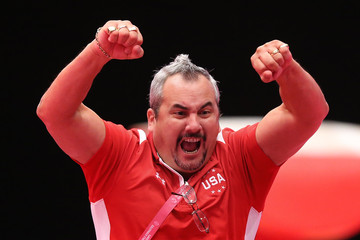 Olympic Coach Yin Alvarez was born in Havana, Cuba, in 1966. Yin started gymnastics when he was six years old, and by the age of seven, Yin had earned a spot at Cuba's national school of gymnastics, where he lived and trained. As a member of the Cuban national team, he specialized on floor, rings and high bar, but also competed all-round.

Yin had big Olympic ambitions and felt that his home country was not the best place to foster those dreams.  Opposed to the communist regime in Cuba and fueled by political reasons,  Yin deserted in Mexico in 1991 during a trip as a member of a Cuban delegation.  There he met his father, a US Citizen at that time, and decided to immigrate to the United States to fulfill the dream of owning his own gym. Universal Gymnastics opened in 1995 in Miami, Fl.

This charismatic and energetic coach has trained athletes from all over the world and the United States.  His dedication and love of gymnastics have made him a legend in the sport. His work is recognized both in the United States and internationally.  He has taken athletes to win National Championships, World Championships and even Olympic games.

If you have further questions, please contact the Gymnastics Ontario Events Manager at events@gymnasticsontario.ca.